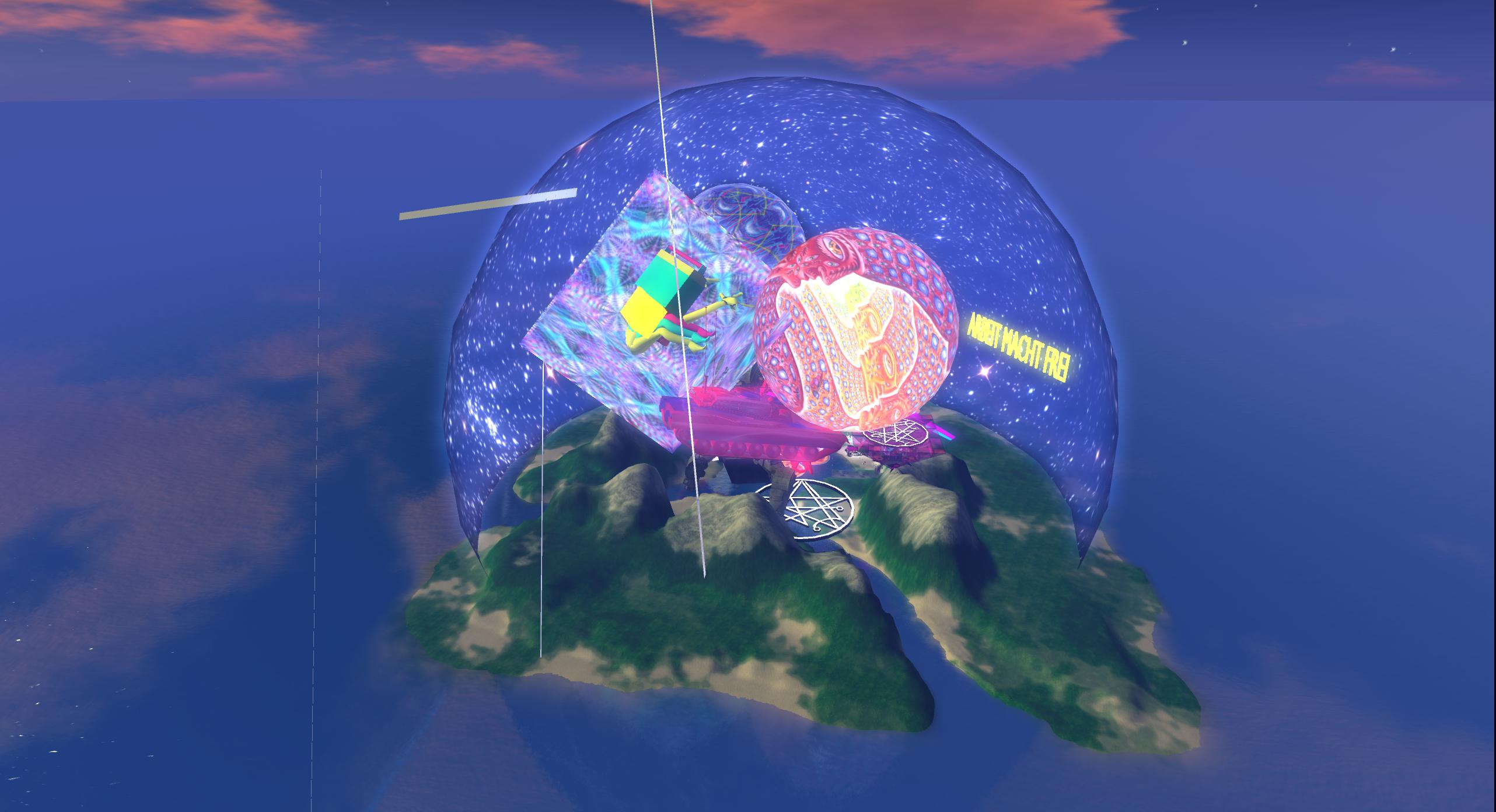 “Imagine there’s no countries, no possession, no need for greed or hunger. Imagine all the people sharing all the world.”

Anarchotopia is a virtual island in Second Life, providing free space for anybody. Users are allowed to build whatever they like, in any style or size they wish. Since land in Second Life is very expensive, this seems to be a great gift. But be aware: The space is limited and everyone can delete any objects or eject other avatars.

The emerging picture shows, whether people would fight each other or live together in peace and create a beautiful place in a mandatorily shared area.

Karen Eliot is a name that refers to an individual human being who can be anyone. The name is fixed, the people using it aren’t. The purpose of many different people using the same name is to create a situation for which no one in particular is responsible and to practically examine western philosophical notions of identity, individuality, originality, value and truth. Anyone can become Karen Eliot simply by adopting the name, but they are only Karen Eliot for the period in which they adopt the name. […] When one becomes Karen Eliot one’s previous existence consists of the acts other people have undertaken using the name. When one becomes Karen Eliot one has non family, no parents, no birth. In 1985 Karen Eliot was not born, s/he was materialized from social forces, constructed as a means of entering the shifting terrain that circumscribes the ‘individual’ and society.”