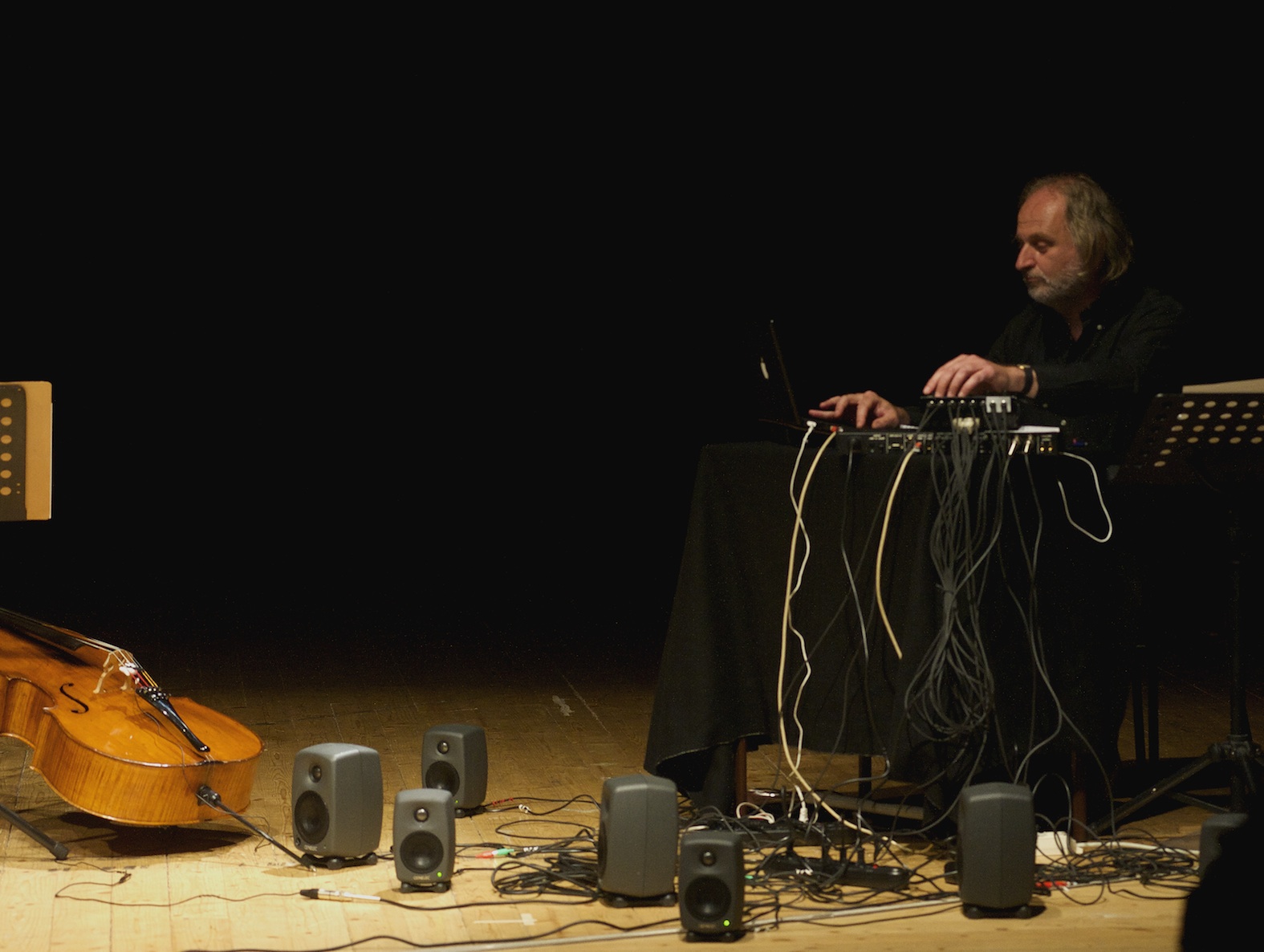 As time goes on | Giuseppe Gavazza As time goes on

“The phenomenon of music is given to us with the sole purpose of establishing an order in things, including, and particularly, the co-ordination between man and time.” Igor Stravinsky, Chroniques de ma vie)

As time goes on (*1) is a Pure Data patcher that manages sound files in relations with running time, starting from a given moment considered “the beginning” ( [bang] ).

Conceived in October 2011 for Arte Nova art gallery As time goes on, took the start, in those occurrence, from the recording of the opening concert of a contemporary art exhibit: three different audio samples – each of 100”, recorded during the opening concert – were fragmented and played throughout the duration of the exhibition (100 days), endless (24 h day), every day longer and longer up to the full 100% sample at the end of the exhibition, 100 days later.

This crescendo molto lentamente has been ruled by the tactus of 3 different metronome (timing):

I look for a space, time and meaning specificity to set the parameter of As time goes on in strong connection with the context.

This version uses three samples of my voice reading the present statement in three languages: English, French and Italian. This seems to me coherent with the triple time core (see up 1,2,3) of the project and with the fact I live and work in France and Italy and I was very often in Bergen (sorry, not enough to speak fluently Bokmål or Nynorsk ….)

“My goal – as musician, artist and researcher – is to find new spaces and occasions for my music, possibly in participative and collaborative situations.”
G.G. September 2015