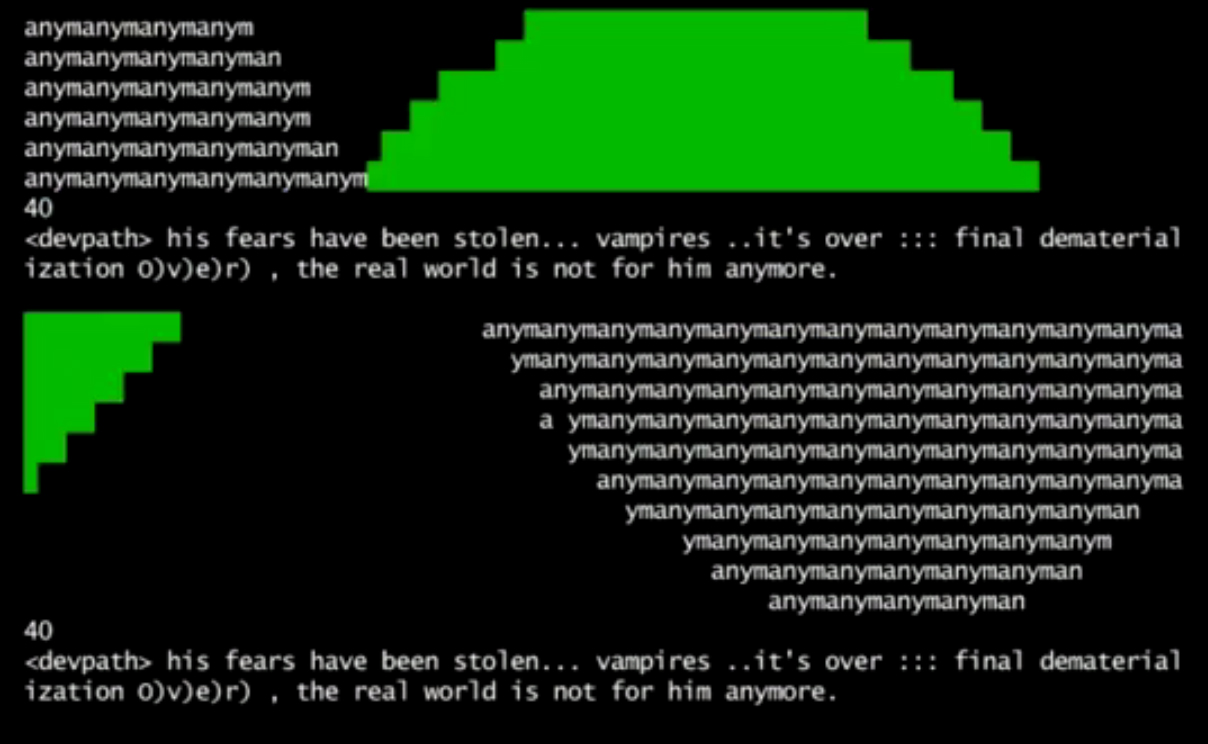 LogforData_Connection, like the title of the film french connection by William Friedkin, DATA traffic!

With prepared audio tapes of encoded texts and a setup of tape players , Jean-francois Blanquet mixes and composes a sound piece with the different sonorities of code, which still contain meaning. The texts produced by Jean-François Blanquet are about a second civilization which took place next to ours in the digital universe.While the music code is built and evolves, Jérôme Blanquet receives the audio stream using computers to decode its textual substance. From machines, texts emerge in video stream directly re-arranged with mixers creating an interpretation of the moment. The public is immersed in a song of digital code while attending the progressive apparition in the video of part of the meaning contained in this stream. Thus, we have a sound composition in the making whose meaning is carried by the sounds, is decoded and then re- arranged live. This creates an experience in the continuity of the cut-up processes.The result is projected with a beamer and then directly recorded by a VCR on a single VHS tape.

Jean-François Blanquet (FR/BE) developed several projects, in which he combines sound and visuals by using specific processes such as transmission/wave reception (radio, infrared, wifi), electronic feedback and larsen (mixer + effects, computer, speaker + microphone), modification and appropriation of audio and video objects (circuit-bending), voice and cut-up (work on text, words and language). In his performances, he recycles technology and develops processes involving loops, larsens, re-injections of the signal and other chain reaction devices.