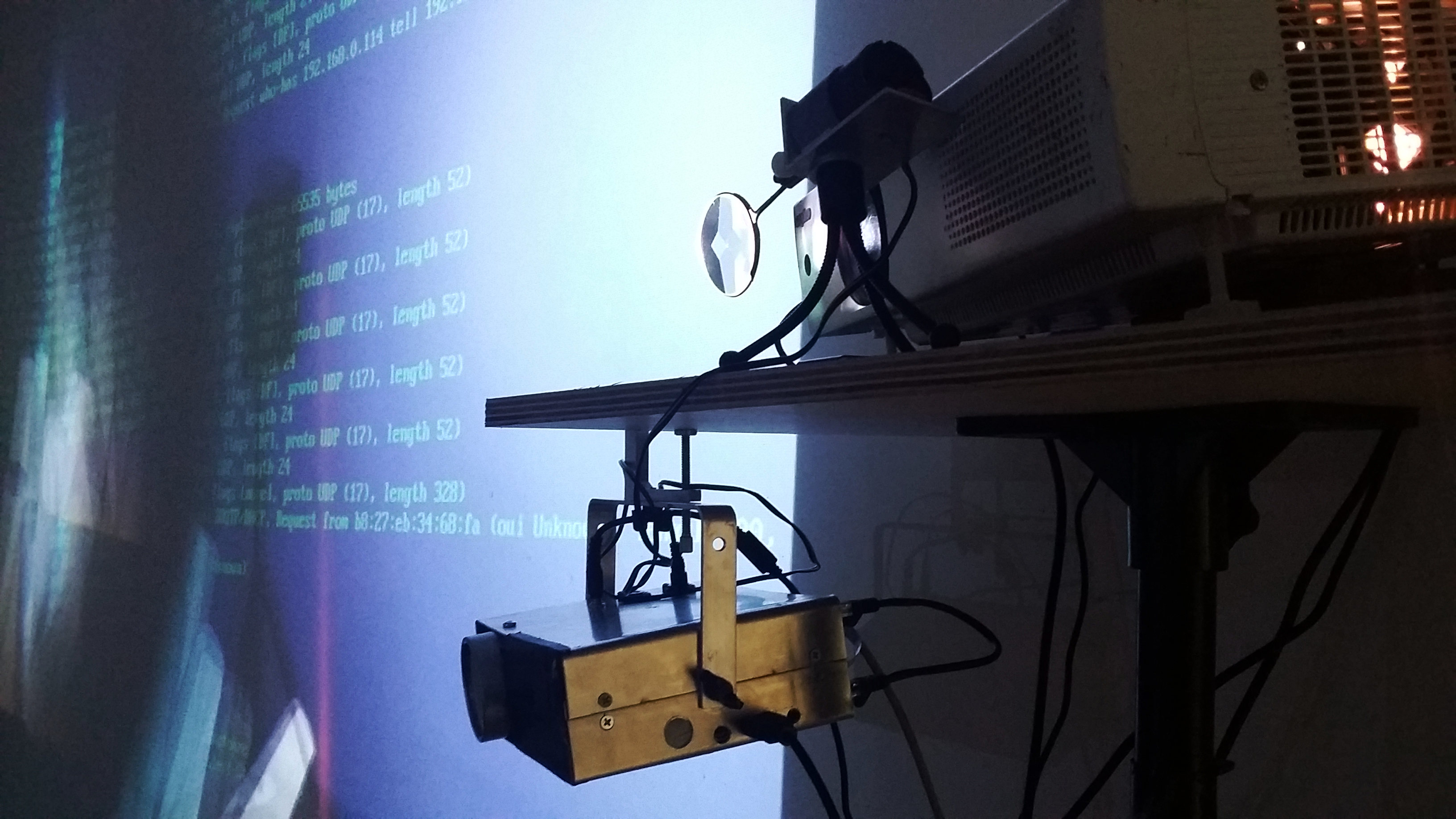 The Embedded Art System is a a multi visual modular system based on the Raspberry Pi. It is free open source.

It is possible to control simultaneously up to 255 independent embedded platforms and keep the costs low by using the cheap mini computer Raspberry Pi. Each individual Raspberry Pi runs a python program that controls the Omxplayer, the Raspicam, Open GL objects and a Paper-Duino-Pi Board with all its analog inputs and outputs. This Python program can be controlled with the Open Sound Control protocol. All embedded systems in the network are connected via Ethernet for exchanging OSC messages.

In the workshop Malte Steiner and Wolfgang Spahn will show the basic functions of the Embedded Art System and how to control it via OSC.

Wolfgang Spahn (*1970, Austria) is a visual artist based in Berlin. His work includes interactive installations, videos, projections, and miniature-slide-paintings. After having studied mathematics and sociology in Regensburg and Berlin he founded the screen-printing-studio at Tacheles. He also managed various art projects e.g. Schokoladen Mitte and was one of the artists at Meinblau, Berlin. He currently teaches at the BBK-Berlin, Medienwerkstatt and is associated lecturer at the University of Paderborn, department of art.

International exhibitions (selection): 2000 Biennial of young Art in Genua, Italy, 2003 The Kosovo Art Gallery in Pristina, Kosovo, 2005 Biennial in Prague, Czech Republic, 2008 and 2009 Internationales Klangkunstfest in Berlin, 2009 The Art of the Overhead in Malmö, Sweden, PIXEL09 and 10 in Bergen, Norway, 2010 Biennial Of Miniature Art in Serbia, 2010 Media-Scape in Zagreb, Croatia, Transmediale 2012, Berlin.

Malte Steiner is media artist, sound designer and software developer. Started with electronic music and visual arts around 1983, developing his own vision of the interdisciplinary Gesamtkunstwerk, working with, and not limited to, film, theater, video games and interactive installations. Releases on cassette, vinyl, CD and online. Concerts, exhibitions, workshops and residencies in Europe, Asia and America. Co-founded the Hörbar club for experimental music around 1992 in Hamburg which still operates. Moved 2011 to Berlin and opened his own media lab to work on his projects like Notstandskomitee, Elektronengehirn, Akustikkoppler with Matthias Schuster from Hamburg and Restlichtverstärker with Servando Barreiro, but also mastering and remixing other artists. Organizes twice a month the Pure Data Berlin patching circle at c-base.