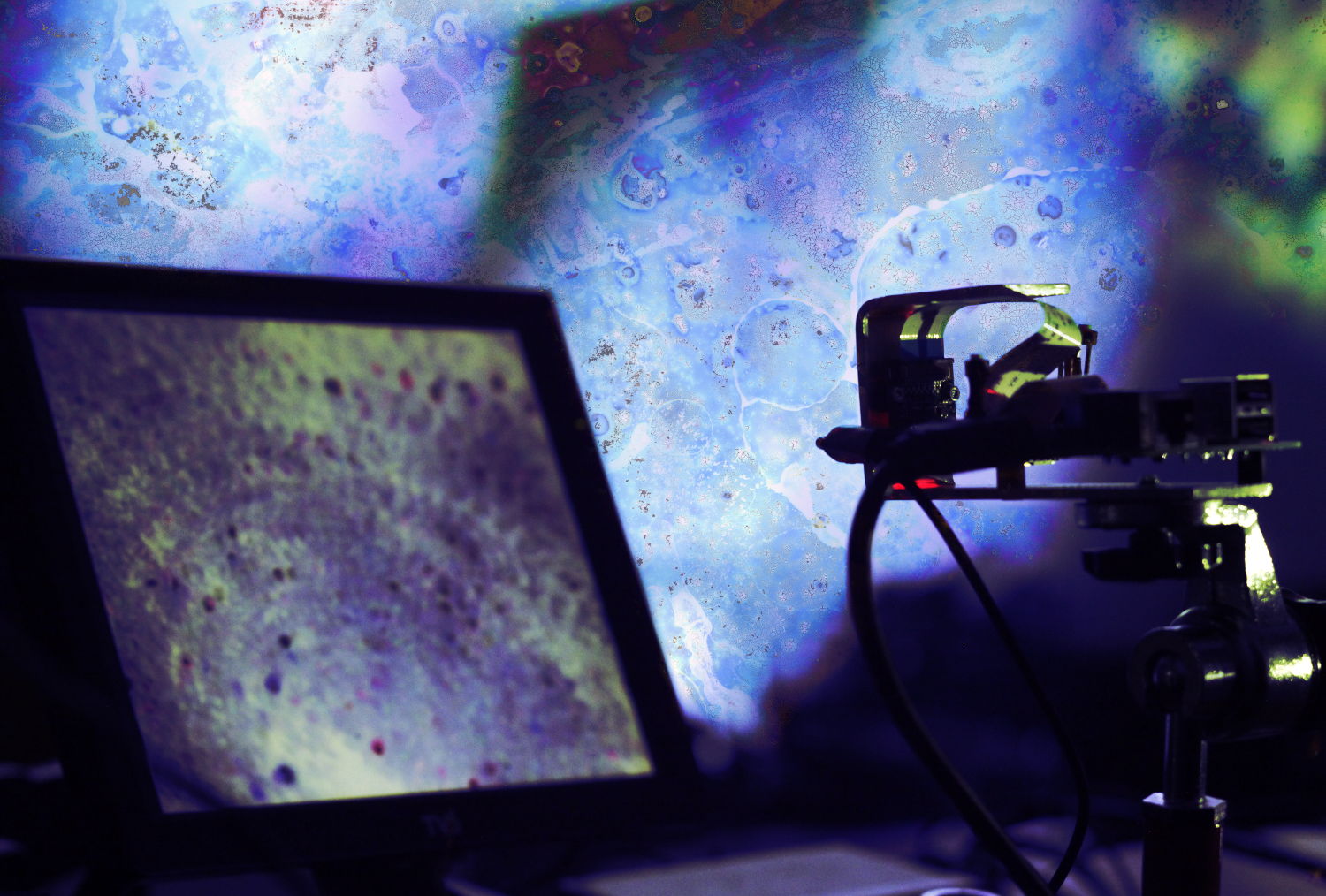 Both, sound and projection are based on different analogue and digital machines developed by the artist. Each system generates simultaneously structured noise as well as abstract light patterns.

The invention of moving pictures originally went along with an artificial separation of sound and visuals that is still visible today in different codec’s used for image and sound. The performance ENTROPIE merges them again. It makes the data stream of a digital projector hearable and gives an audio-visual presentation of the electromagnetic-fields of coils and motors.

The two cameras and the controlling system run on 2 Raspberry Pi. A Python program manage the camera output

Wolfgang Spahn (*1970, Austria) is a visual artist based in Berlin. His work includes interactive installations, videos, projections, and miniature-slide-paintings. After having studied mathematics and sociology in Regensburg and Berlin he founded the screen-printing-studio at Tacheles. He also managed various art projects e.g. Schokoladen Mitte and was one of the artists at Meinblau, Berlin. He currently teaches at the BBK-Berlin, Medienwerkstatt and is associated lecturer at the University of Paderborn, department of art.

International exhibitions (selection): 2000 Biennial of young Art in Genua, Italy, 2003 The Kosovo Art Gallery in Pristina, Kosovo, 2005 Biennial in Prague, Czech Republic, 2008 and 2009 Internationales Klangkunstfest in Berlin, 2009 The Art of the Overhead in Malmö, Sweden, PIXEL09 and 10 in Bergen, Norway, 2010 Biennial Of Miniature Art in Serbia, 2010 Media-Scape in Zagreb, Croatia, Transmediale 2012, Berlin.