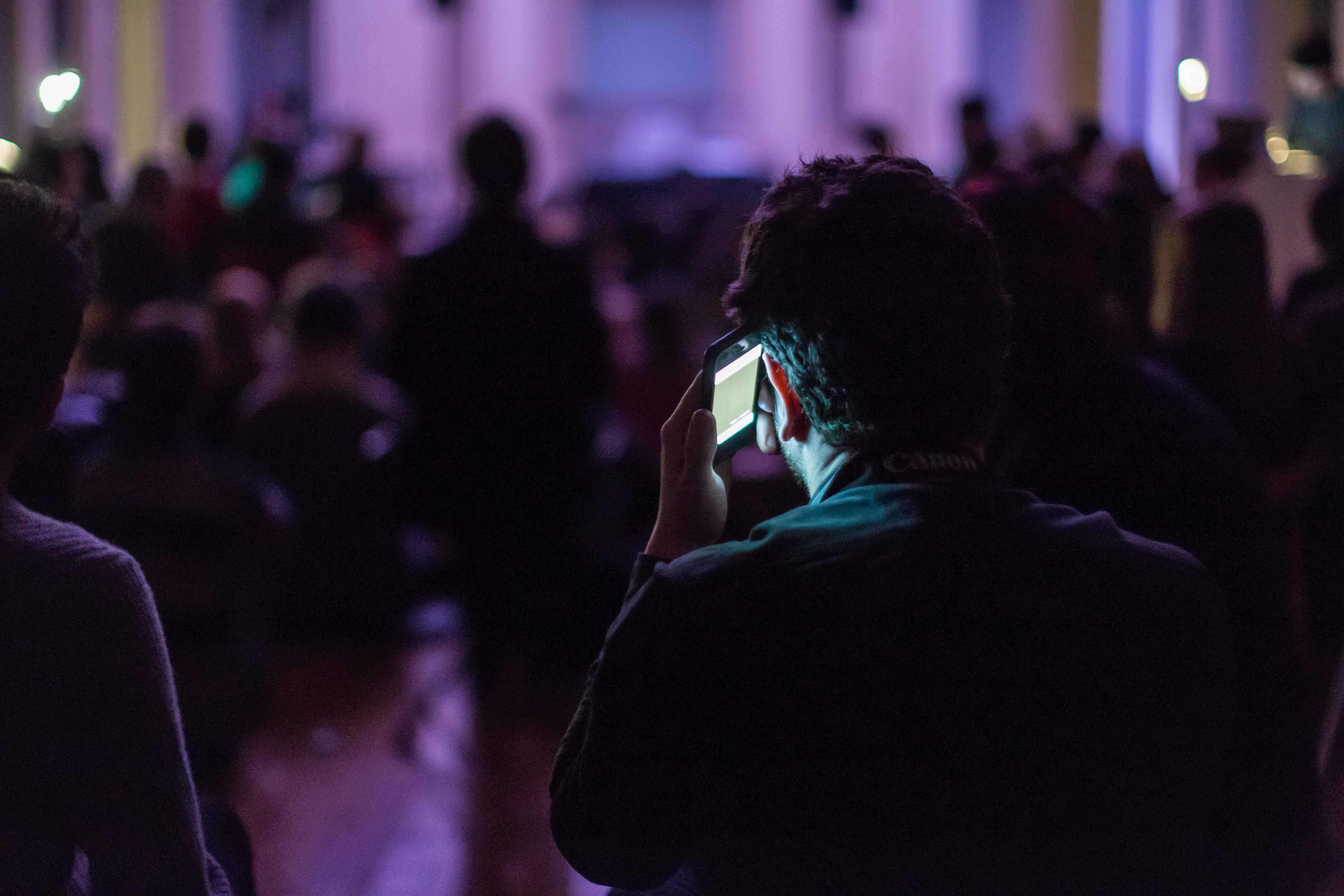 In this performance we present Fields, a networked system exploring new areas of musical performance and spatialised sound through the use of audience’s mobile devices as a medium for sound diffusion. Offering both a new technological approach to sound diffusion and an alternative way for audiences to participate in performances, Fields opens up unique forms of engagement within live musical events.

The system is available over Wi-Fi and participants can easily join through a web browser. Once a device is connected, sound is played from it, creating the possibility for each member of the audience to hold their own personal speaker. The result, provided a number of participants are connected, is an omnidirectional, multi-located soundscape which the performers can control live and improvise with.

Fields benefits from a wealth of international performances, Shaw and Piquemal have presented this work in the US and cities throughout Europe including Café OTO (London), ZDB (Lisbon), NK Project (Berlin), Third Space (Helsinki) and LSU (Baton Rouge, USA).

Online documentation including videos from previous performances can be found here:

As an artist-researcher, making is central to Tim Shaw’s practice which is situated within the context of sound and media art. His work draws inspiration from acoustic ecology and electroacoustic composition as well as areas of anthropology and philosophy. Through this process of making he constructs experimental instruments, installations, performances and assemblages using self-built and DIY (open source) technologies. This approach, whereby making is the primary activity, allows for his practical endeavors to embody and articulate (rather than represent) various forms of knowledge. Tim has presented work in various international venues including Café OTO, NIME, CHI, NK Projekt, ZDB, CTM and FACT Liverpool. He is currently studying a PhD in Digital Media at Culture Lab supervised by John Bowers and Pete Write.

Sébastien Piquemal is a computer engineer obsessively exploring the artistic capabilities of machines. With a double background in programming and sound design, he has created sonic and experimental web sites, and is the author of several music open-source libraries such as WebPd (Pure Data for the web). His work focuses on the potential of new technologies, both in shifting the hierarchic structures in live music and create new computer generated sonic experiences, borrowing from the field of computational creativity. Sébastien is currently working and studying at Media Lab Helsinki, Finland. His work has been shown at a number of international venues and conferences, such as CTM, N.K., Cafe OTO, NIME, ICMC among others.