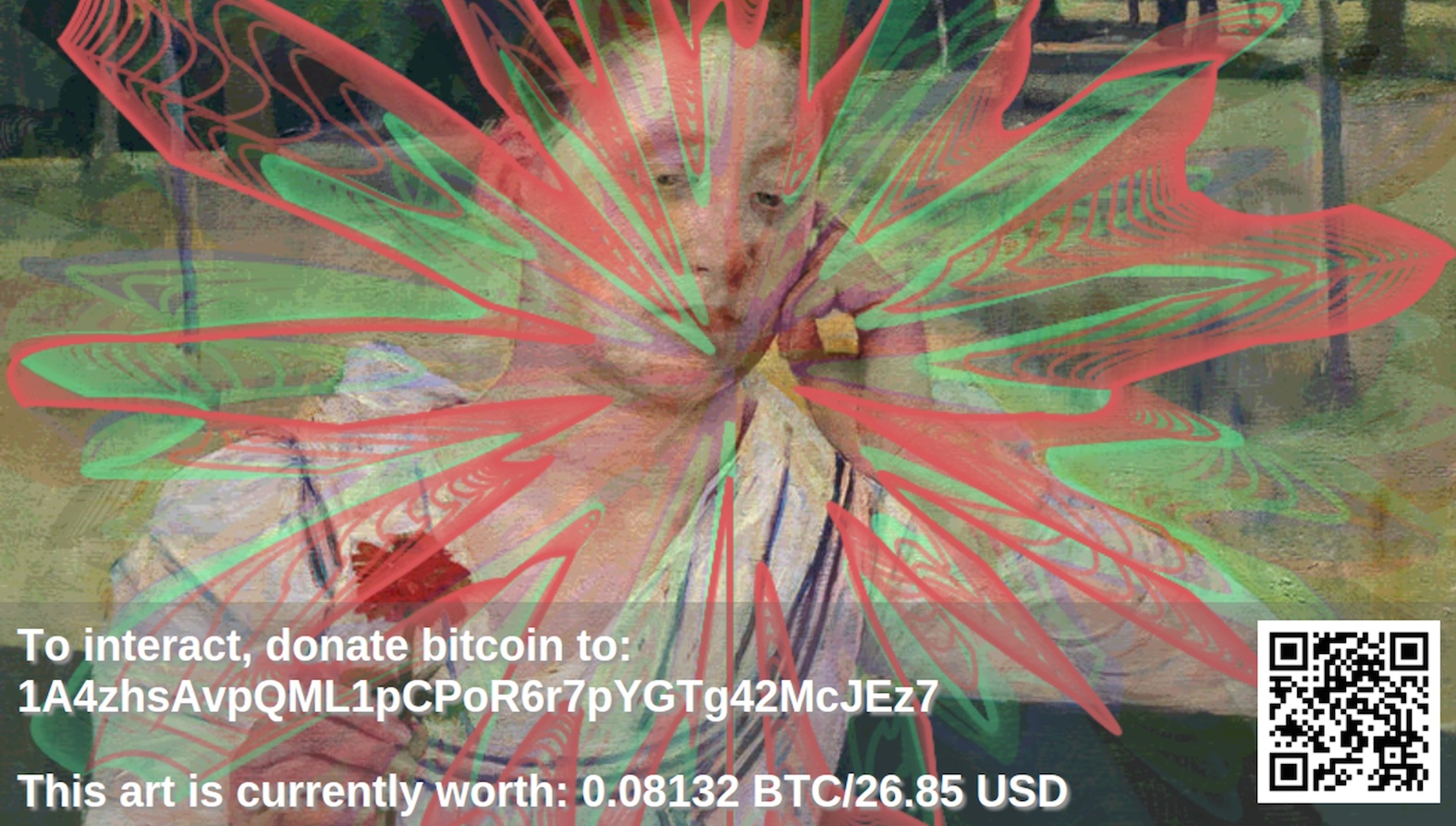 For What It’s Worth | Pall Thayer For What It’s Worth

Contemporary art is driven by its success in a consumer-based society. In other words, it’s worth whatever someone is willing to pay for it. That’s fine. However, there is a growing amount of art that has no resale value. It is immaterial, it is ephemeral, its value will not grow over time. This is an example of a work of art that exists only as value. The complexity and intricacy of the work grows with every contribution. It is a literal painting of its monetary worth and provided as an overlay over established work of historical and monetary worth.

Páll Thayer is an Icelandic artist working primarily with computers and the Internet. He is devout follower of open-source culture. His work is developed using open-source tools and source-code for his projects is always released under a GPL license. His work has been exhibited at galleries and festivals around the world with solo shows in Iceland, Sweden and New York and notable group shows in the US, Canada, Finland, Germany and Brazil. Pall Thayer studied visual arts in Iceland, Finland and Canada. He is an alumni member of The Institute for Everyday Life, Concordia/Hexagram, Montreal and currently works as a lecturer and technical support specialist in New Media at Purchase College, State University of New York.