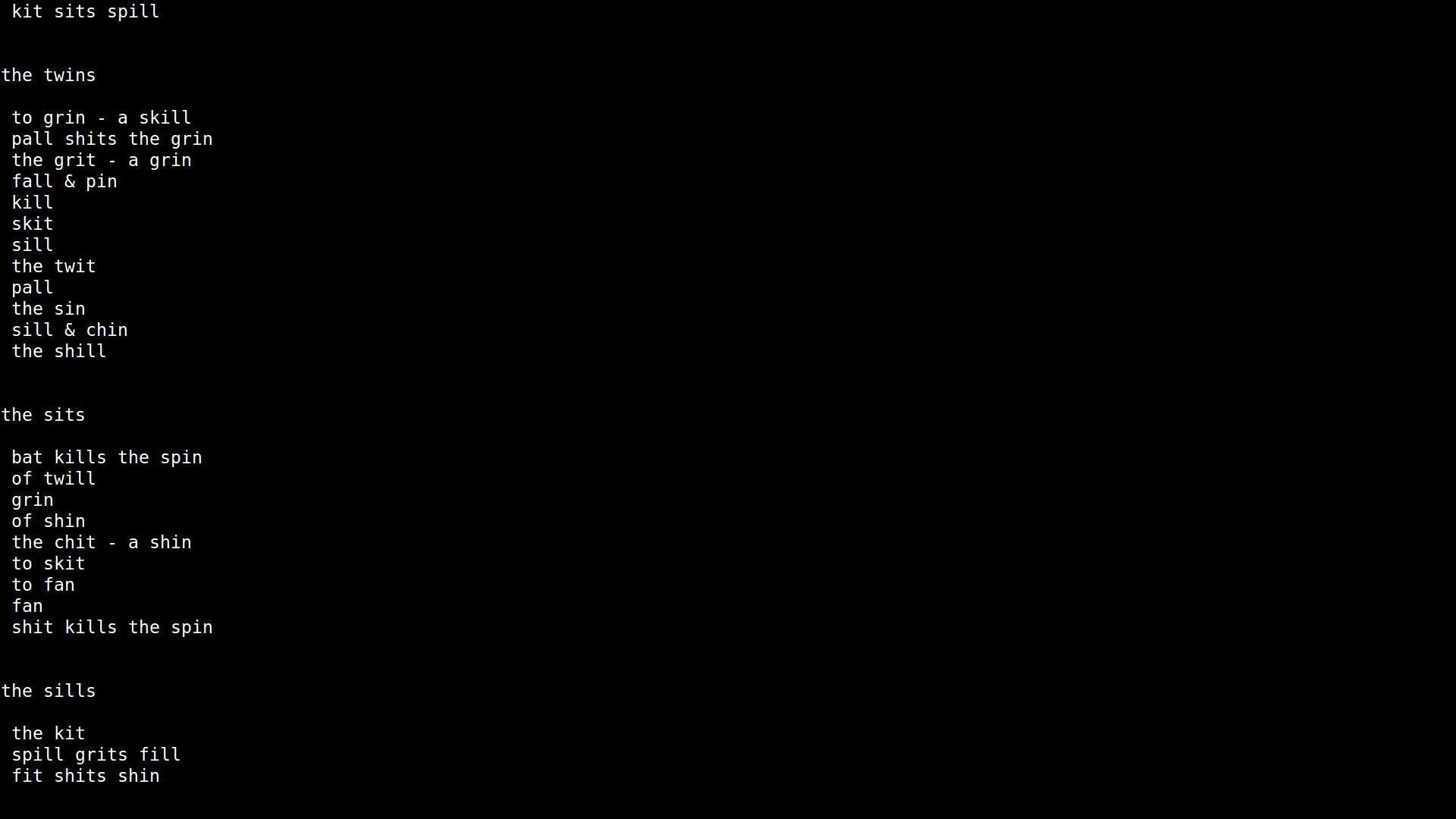 Beginning in 2007, I wrote a series of seven very short Perl programs to generate poems. Each program in the ppg256 (Perl poetry generator in 256 characters) series consists of exactly 256 characters of code. The programs use no data sources except for strings in the code itself; no other programs or special libraries are invoked. Six of the seven programs are included.

In ppg256-1 I sought to create a large vocabulary and to shape the output text so that it can be identified as a series of poems.

In ppg256-2 I sought to create more variation in word length, line length, and strophe length and shape.

In ppg256-3 I tried to at least evoke short and unusual narratives.

In ppg256-4 I tried to create short, masculine, nonsensical utterances. The piece was originally shown on an LED sign in a gallery.

In ppg256-5 I tried to develop my own version of Tristian Tzara’s February 1921 Dada manifesto.

In ppg256-6 I implemented a sort of clock, writing a program that would produce the same output when run at the same time.

In ppg256-7, not included in this selection, I wrote generator that produces a text based on a passage from Samuel Beckett’s novel Watt, exactly the same text each time. The program can be seen as performing compression rather than generation.

Nick Montfort develops computational art and poetry, often collaboratively. He is on the faculty at MIT in CMS/Writing and is the principal of the naming firm Nomnym. Montfort wrote the books of poems #! and Riddle & Bind, co-wrote 2002: A Palindrome Story, and developed more than forty digital projects including the collaborations The Deletionist and Sea and Spar Between. The MIT Press has published four of his collaborative and individual books: The New Media Reader, Twisty Little Passages, Racing the Beam, and 10 PRINT CHR$(205.5+RND(1)); : GOTO 10, with Exploratory Programming for the Arts and Humanities coming soon.