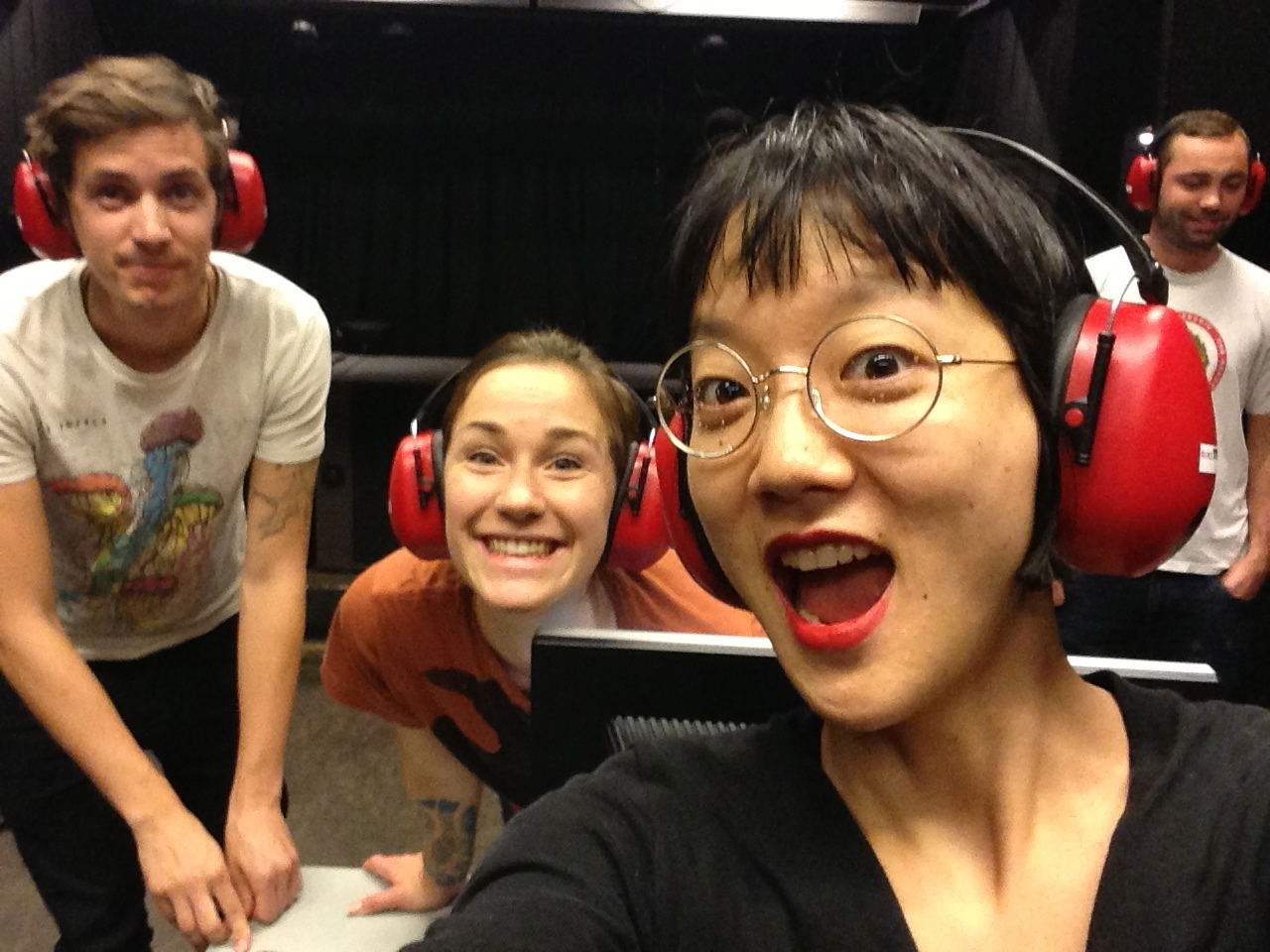 Lab for Physical Music  ///  *postponed to a later date*

Dans for voksne organised a gig with Sunn o))). This was long before they were well known, at least in Norway. They had ordered 126dB SPL on stage. The sound could be sensed with the whole body. Some time later, a guy wrote and asked if there’d be any more such gigs. He wanted to bring his deaf sister so she could feel the sound. We talked a bit, and figured out that if music should be made for deaf people, the best would be if deaf people made it. Why should hearing people make it when they would have no idea about how it can be perceived?

This was the start of Lab for Physical Music. The aim of the project is still to collaborate with deaf people to develop physical and artistic tools to shape sound for other deaf people.

Experiments were started in 2012 in a tiny concrete basement with a 10 kW rig of subs and happy deaf people behind the controllers. The dB-meter was peaking, guts were shaking and people from the other end of the street complaining. SPL: more than 136 dB. Later shown at the Ultima festival in Oslo

A second version is made where a set of room modes are trigged by low frequency sine waves and interfere with each other. Here the audience can shape their own compositions by moving between different spots in the room, but the idea of music as communication or a social vehicle is reset: Since the sound is constant in time, but not in space, everyone will hear something else than their neighbour.

Lives and works in Oslo, Norway

Harald Fetveit has made noise and experimental music since the mid 80´s. He studied visual arts at the Art academies of Oslo, Bergen, Trondheim and Vienna. Since then he has created environmental installation works and worked with a variety of aspects of performance art and theatre with, among others, Baktruppen and Verdensteatret. He retraced his steps to focus on his interest in audio, and is currently operating as curator of a series for experimental concerts and related activities, Dans for voksne, which he started in 2003. As a musician, he has played with Mattin, Taku Unami, Lucio Capece, John Hegre, Alexei Borisov, Lene Grenager etc.