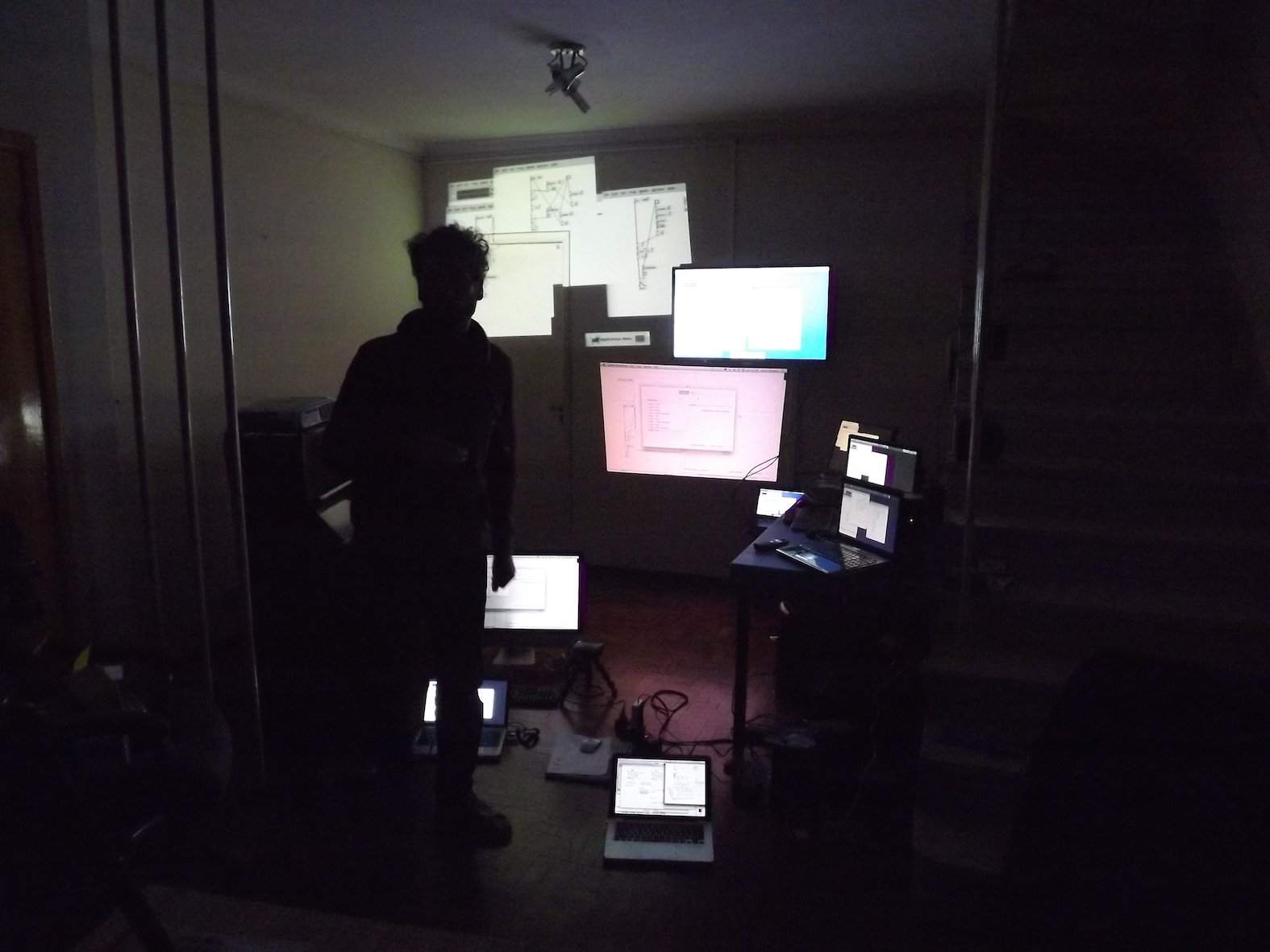 TANTO is a network live coding audio visual piece inspired by the aesthetics of Bring your Own Beamer (BYOB) events. The elements which define TANTO are the characteristics of the software building blocks developed for the performance — that enable performers to exchange visual code during the composition — a lot of computers — each computer needs a sound and visual output of some source — a composition made of screens and projections where the code can be seen. The network becomes an instrument, in which delays influence rhythms and feedbacks, the compositional procedure draws attention to timbre set by the use of spaciousness in and around speakers and frames that alternate in denser arrangements — groupings, pairings, grids and screen clusters. This precarious Acousmonium becomes a form to create dialogs between code, sound and architecture.

André Damião is an artist working transversely across the fields of media art and experimental music. He is part of NuSom (Research Centre on Sonology) and represented by the art gallery TechArtLab in Rio de Janeiro. His work has focus on interface aesthetics, live coding and mobility. Some of his pieces have been presented in concert rooms and galleries in 17 countries, including festivals such as MATA in New York, Sonorities in Belfast, WhiteNoise in Mexico City, LiveCodeFestival in Karlsruhe and Addicted2Random in Halle.