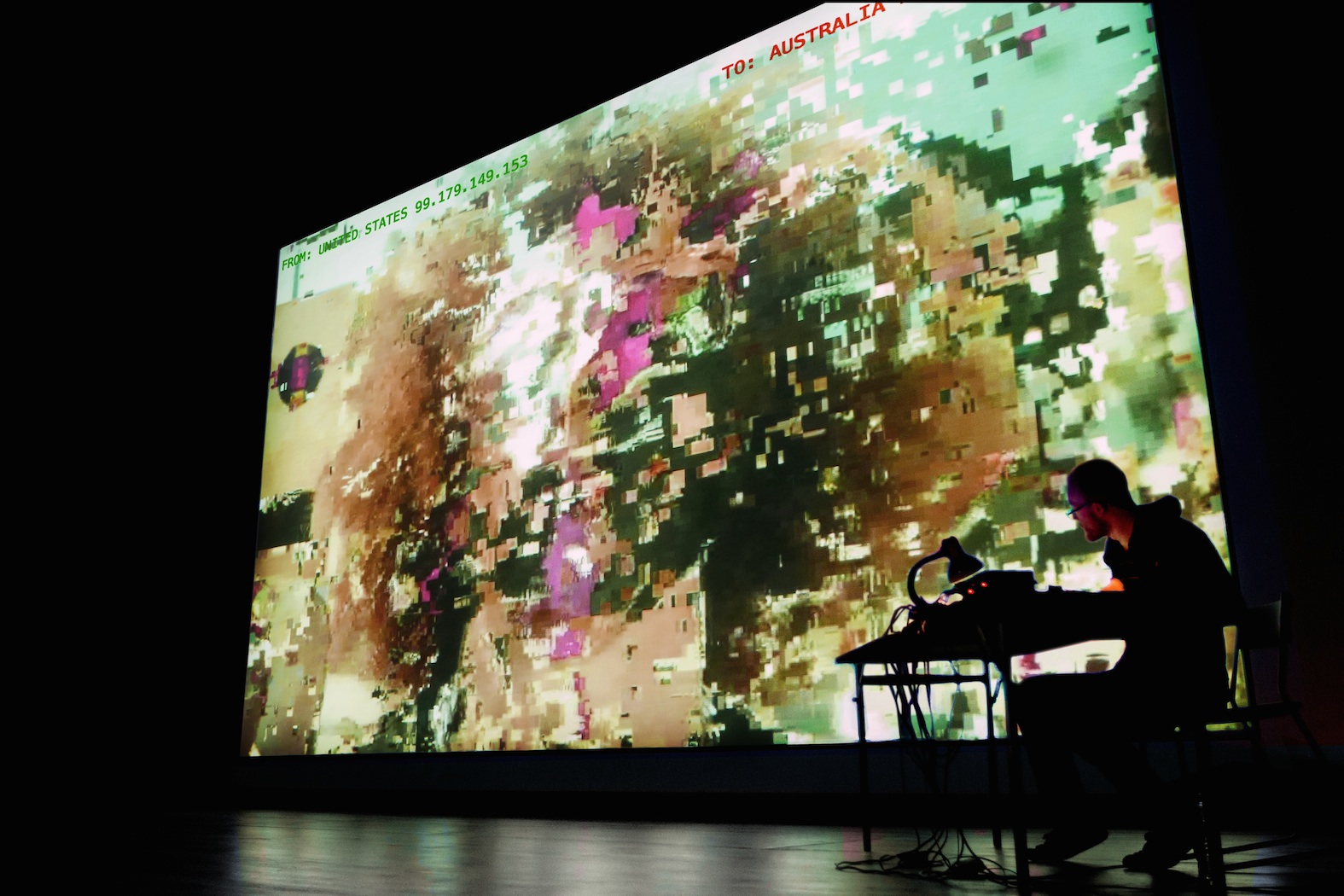 The hidden activity and geography of real-time peer-to-peer file sharing via BitTorrent is revealed in The Pirate Cinema, a live performance by Nicolas Maigret and Brendan Howell. In their monitoring room, omnipresent telecommunications surveillance gains a global face, as the artists plunder the core of restless activity online, revealing how visual media is consumed and disseminated across the globe. Each act of this live work produces an arbitrary mash-up of the BitTorrent files being exchanged, in real time, in a specific media category, including music, audio books, movies, porn, documentaries, video games and more. These fragmentary contents in transit are browsed by the artist, transforming BitTorrent network users (unknown to them) into contributors to an endless audio-visual composition.

Nicolas Maigret exposes the internal workings of media, through an exploration of their dysfunctions, limitations or failure thresholds which he develops sensory and immersive audio visual experiences. As a curator, he initiated the disnovation.net research, a critique of the innovation propaganda. He teaches at Parsons Paris and cofounded the Art of Failure collective in 2006. His work has been presented in international exhibitions and festivals: Transmediale (Berlin) – File (Sao Paulo) – Museum of Art and Design (New York) – 30th Chaos Communication Congress (Hamburg) – NWFF (Seattle) – SAIC (Chicago) – China Museum of Digital Arts (Beijing) – The Pirate Bay 10th Anniversary (Stockholm) – Palais de Tokyo (Paris) – Eastern Bloc (Montreal) – Gli.tc/h (Birmingham)…

Brendan Howell was born in Manchester, CT, USA in 1976.  He is an artist and a reluctant engineer who has created various software works and interactive electronic inventions. Currently, he lives in Berlin, Germany.  He has done research and led courses at the Muthesius Kunsthochschule, Merz Akademie, Fachhochschule Potsdam and the Kunsthochschule Berlin, Weißensee.