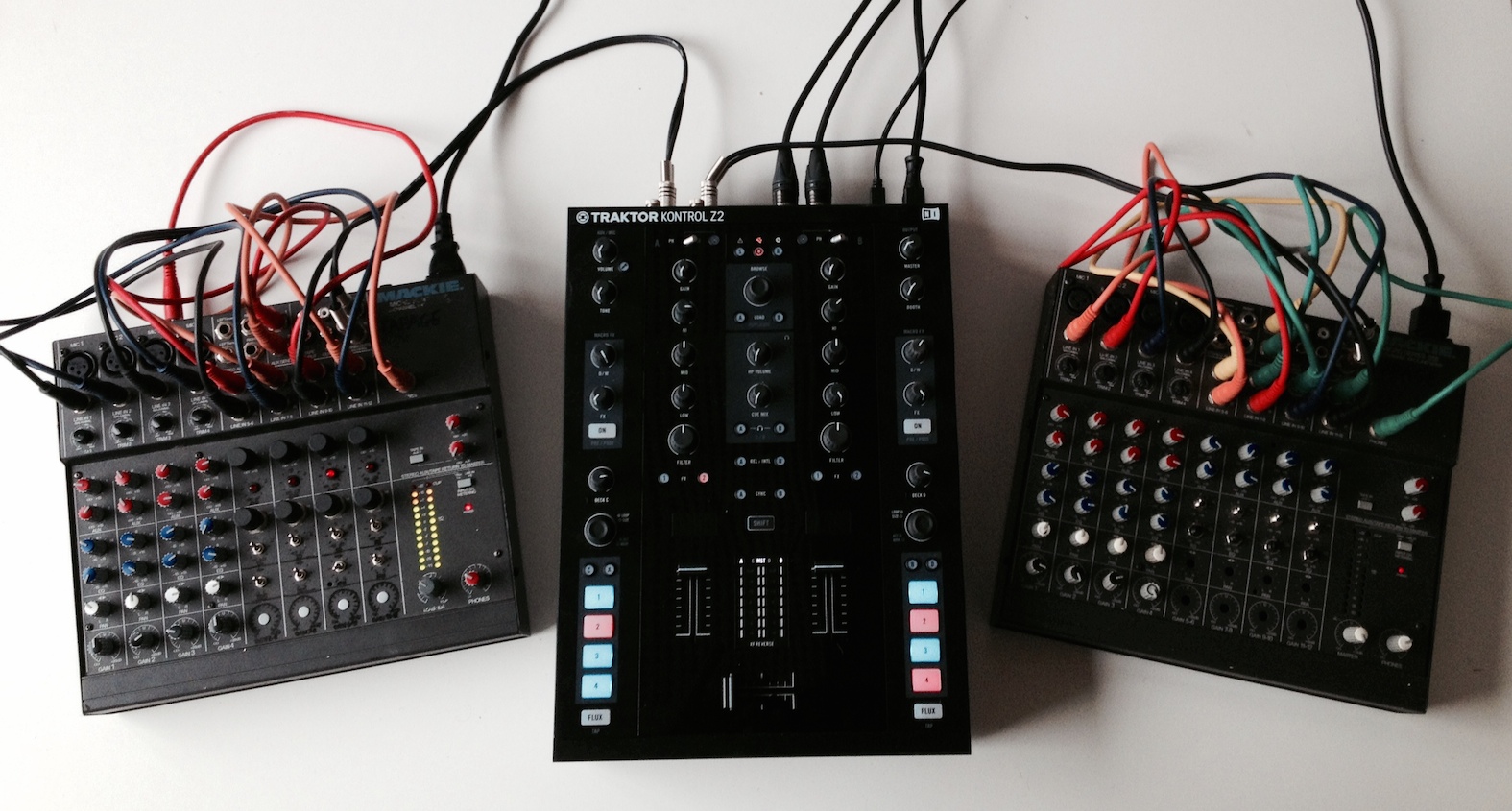 Three Mixers is a live electronics performance which combines the expressive sonic landscapes of feedback mixers with digital processing in SuperCollider. The setup takes its inspiration form the classic DJ rig, two sources of sound on the sides and a mixer in the middle. But instead of turntables, the soundsources are modified feedbacking mixers, combining no-input and circuitbending techniques. The sounds come together in a digital mixer which works as both a controller and soundcard. Supercollider code is being controlled through the newly developed Modality toolkit which ties all of the sounds togehter. Three Mixers investigates the borders between chaotic behaviors and digital control. The project was funded by the Stimuleringsfonds for e-culture (NL) and has been developed at STEIM and BEK.

Tijs Ham (aka Tapage) is a musician and sound artist with a background in visual arts, a member of the Soundlings collective and founder of the record label Tapeface. He also works for the STEIM foundation, organizing workshops, concerts and artist residencies. As Tapage, Tijs has released several full length albums record labels such as Tympanik Audio and Adnoiseam.

In his sound art works he applies programming, live-electronics techniques and system design to explore and expand the possibilities of audible expression. Inspired by artificial intelligence, evolutionary processes and complex behaviors, he incorporates these approaches in order to create expressive structures and experiment with their aesthetic results.