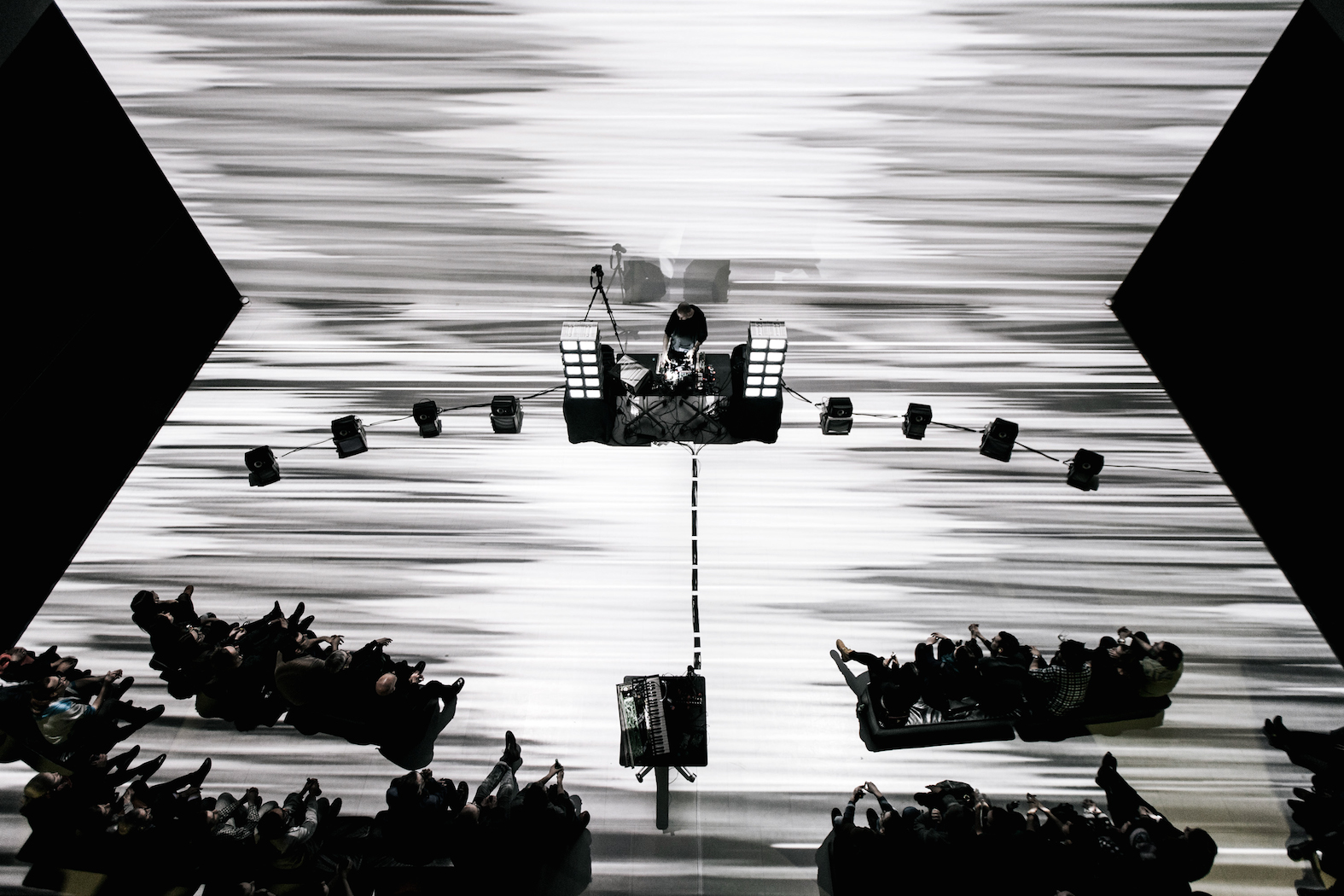 WM_EX10 WM_A28 TCM_200DV BK26 is a noise performance where sound and video are generated through short circuits the artist produces with his wet fingers on opened devices. The skin’s resistance and the conductance of the human body combined with the components of the circuits are modifying the sound.

The audio signal that is audible through the speakers is sent to CRT monitors and a video projector which are visualizing the signal in flickering and abstract shapes and lines in black and white. The used devices, such as ‘Walkmans’ and ‘Bontempi’ keyboards are still useful in their original function. The title of the performance is the type designation of the devices and changes with the objects used.

After working six years in a film production company he changed his main place of residence to Linz/Austria where he 2010 started studying Timebased and Interactive Media at University of Art and Design Linz. In 2012/13 he took part in an exchange program at the Korean National University of Arts in Seoul/Korea for a year. 2015 he will take part in the MMCA Changdong residency program in Seoul/Korea for six month.